The glue that keeps many strong organizations is the sincerity, dedication, and motivation of their employees. Dar-us-Salaam, as a nonprofit organization expanding to an Islamic community, is no different.

The employees of Dar-us-Salaam are working hard to build for His sake.

The glue that keeps many strong organizations is the sincerity, dedication, and motivation of their employees. Dar-us-Salaam, as a nonprofit organization expanding to an Islamic community, is no different. Within the various departments and projects are many employees that work in tandem for the sake of Allah. When they join Dar-us-Salaam, they enter a family in which they are an integral part. Their hard work takes Dar-us-Salaam to new heights. 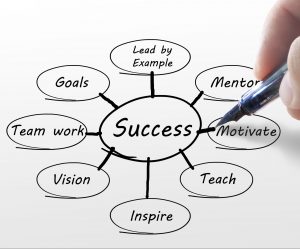 With over 100 employees at Dar-us-Salaam, from teachers and administrators to shura board members, department heads, and maintenance staff, there is one common factor among the personnel: their focus is Allah-centered with the sincerity and integrity to match.

“A teacher came into my office asking for a salary reduction,” Br. Haroon Baqai, principal of Al-Huda School, explained. “She explained she would not be able to complete her masters, as she had originally intended. She wanted to ensure her compensation was fair and that she was not being overpaid.” This was a teacher that Principal Haroon knew was financially struggling, and he felt inspired by her integrity.

“Our Allah-centered environment is unique because there are many situations where I find myself asking, ‘where else do you see things like this?’” Principal Haroon continued. He felt it was a typical portrayal of the Dar-us-Salaam culture that working for the sake of Allah cannot indeed be money-motivated.

Many full-time employees today began as volunteers. Furthermore, sometimes employees are offered higher-paid positions to work elsewhere but choose to stay at Dar-us-Salaam. One employee left his corporate six-figure salary to make less than half at Dar-us-Salaam. He explained that you find barakah (blessings) in your money when you love Allah and love what you do, even if it is less.

“The dunya was offered to me like an adorned bride, and I didn’t want it. It wasn’t the same as working in da’wah and building the Dar-us-Salaam vision.”

His previous employer asked him to return to his management position with a raise, and he happily rejected it. He said, “The dunya was offered to me like an adorned bride, and I didn’t want it. It wasn’t the same as working in da’wah and building the Dar-us-Salaam vision.” 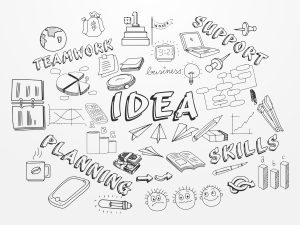 Many of the employees, including those that founded the primary building blocks, dedicate their lives to the Dar-us-Salaam mission. They altered their careers to fill the gap needed to build an intentional Islamic community. They exchanged their personal career goals for a longer akhirah-focused aspiration. One of the founding members of the shura board, Br. Sayeed, left his career in engineering at NASA to fill an essential role overseeing financial responsibilities. Another sister redirected her career ambitions from medicine to a master’s in education when Imam Safi stressed the need for passionate, qualified teachers at Al-Huda School. Br. Haroon Baqai also began his college education on the path of information technology before concluding it was not the best fit for him. He completed his Ph.D. in finance to further support the Islamic financing work for halal interest-free loans that Dar-us-Salaam aims to provide.

Similar to that of most America, where about 5 in 10 Americans struggle in some capacity financially, the Muslim community is not immune from these struggles. Their responses are, however, with an Islamic lens.

“An employee came to me disclosing that one of the teachers was reluctantly leaving Al-Huda School for financial reasons. This employee asked me to reduce their salary to increase the teacher’s so that they would not leave.”

“An employee came to me disclosing that one of the teachers was reluctantly leaving Al-Huda School for financial reasons. This employee asked me to reduce their salary to increase the teacher’s so that they would not leave.” Br. Haroon recounted the experience. He stated he felt humbled that this employee, who had recently become a single parent, held such care and concern for another teacher.

This work culture embodies the hadith to love for your brother what you love for yourself and reflects true character refinement emulating our pious predecessors.

Due to his family circumstances, another employee felt heartbroken to leave Dar-us-Salaam. He repeated the statement of the sahabah who missed the battle of Badr,

لَيُرِيَنَّ الله ما أصنع   – Hoping and stating that if Allah changes his circumstance and allows him to stay, he will dedicate his time to work towards the mission of Dar-us-Salaam. In Arabic, this means “Allah will see what he will do” in terms of commitment and sacrifice.

With Allah’s permission and performing ihsan, excellence, in the work, the potential for good is limitless. While some people may oppose building an expansive, wholehearted Muslim community, similar to what occurred in the Home of the Heart campaign, we at Dar-us-Salaam know that when we invest in the tawakkul of Allah, He will bless success in the best way. He has never let us down.

To build the path for future Muslim generations, join our mission at Dar-us-Salaam!