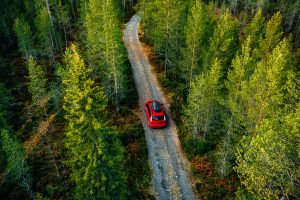 1,389.1 miles stretched before Sr. Tahira Rahman; roads that diverged from the rolling hills of her Nebraska town and settled before the tree-lined streets of Maryland’s Al-Huda School. Al-Huda School, with its promises of the Islamic education and diverse Muslim community Nebraska lacked, proved the fuel to Sr. Tahira’s pursuits. In a matter of days, Sr. Tahira would exchange her Nebraska home for her son’s Islamic education.

“[I found out about Al-Huda School because] my nephew’s daughters lived here, [in Maryland]. They studied at [Al-Huda] school for 2-3 years,” said Sr. Tahira. In search of quality Islamic education, Sr. Tahira treasured the comfort of Al-Huda School’s Islamically integrated coursework and its Allah-centered lifestyle for her son, Abdullah Khalid.

As nuanced challenges encroach upon the Iman of American Muslim youth, weary Muslim parents turn to Allah. “I was worried about my son’s school because,

“My eldest son is a doctor. He [got] his fellowship in Nebraska, so he’s still there, but me and my son moved [to Maryland] for Islamic school. . . My whole family lives in Nebraska, still,” continued Sr. Tahira. Sr. Tahira’s trust in Allah and determination for her son’s Islamic upbringing solidified her decision to pack up and move from the Midwest.

in Nebraska, schools aren’t too good, so I took my son and we moved here. Only me and my son,” said Sr. Tahira.

A Long Journey for an Exciting Reward

“It was upsetting [leaving my brother] at first, but it is what it is. . . I felt good because I heard a lot of good things about the school, so I was excited,” said Abdullah.

“I came [to Maryland] with my own car. I moved here; all my stuff, and hoped [my son] would get admission. In two or three days, I came to Maryland. I stayed in Chicago, Michigan, and then moved here. A long trip,” said Sr. Tahira.

With each mile, Sr. Tahira narrowed the gap between Nebraska and the Muslim community she longed for; a community to enhance her son’s understanding of the Qur’an and Sunnah.

“We aren’t too rich, so [while we waited for] admission, I was also searching for a job, and many problems were in front of me,” said Sr. Tahira. Through it all, Sr. Tahira persevered. She determined that a truly Allah-centered Islamic school and Muslim community would relieve Sr. Tahira of her hardships.

“I came during the [Al-Huda School] open house, where I spoke with a volunteer and teacher whose sons were also in 9th grade,” said Sr. Tahira. “The volunteer told me that, ‘the kids are good, and they make friends.’ This was something I liked because, in [public] school, I [worried] about [my son’s] friends. I never allowed him to go with these students to their homes because . . . I worried about his company,” she continued.

“[When I visited Al-Huda School,] I liked the teachers and the principal, and everyone was so nice. I’m most excited about the basketball team,” said Abdullah.

Sr. Tahira’s visit only furthered her resolve to have her son admitted into Al-Huda School. “First we lived with a family member [while we waited] for admission, then we rented the house [we live in now],” she said.

The assurance of a prosperous academic future and an Islamic community for her son, at last, offered Sr. Tahira the comfort she’d relinquished in Nebraska. “I can’t explain but, if he gets [admitted], I think he’ll be in good hands,” said Sr. Tahira.